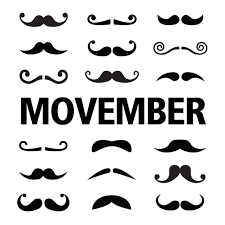 MOVEMBER or philanthropy (reflections from FEFOC)

The movement born in 2003 in Australia is a paradigm of philanthropy and originality. We understand by philanthropy the “tendency to procure the good of people in a disinterested way, even at the cost of self-interest”. It is evident that Movember was born from a group of Australians willing to act, without self-interest of any kind, in favor of their peers. They grasp brilliantly that virtually nobody cares about the health of men. They come to the mother of one of them, with breast cancer, to collect, altruistically, funds to help in the diagnosis of the disease and to support the investigation of new treatments. And they decide to follow his example. On the other hand, they do it in a totally original way. They note that the use of the moustache has decreased in recent years, although it is an external sign of virility. And they resolve to resuscitate him. They create a logo that has become universal. And, in addition, they choose a month for their action.
October is already for breast cancer. Play with two words, Mustache and November and create Movember. Great movement According to the own website of Movember, since its creation in 2003, millions of people have joined the cause for male health, which has raised 654 million euros and has financed more than 1,000 focused research programs in prostate cancer, testicular cancer, mental health and physical inactivity. Almost nothing.